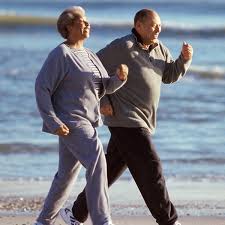 When the world speaks of health, it uses words like health of the economy, the national debt, or whether the Euro will survive. The health of people, although it is one hand clapping, is a proposition that is not affordable. The truth is that if the Congress found a way to afford to give free healthcare to everybody in the US or each person on the planet for that matter, the world would no closer to establishing real health than it is today. The situation would still be a hand needing a glove.
I was born on a farm as the son of a dirt farmer. My mother and father were young and busy being young. In the early years, they outsourced to my grandmother. She taught me something about health.
Miss Mamie, as my grandmother friends called her, was deaf in both ears from a medical accident when she was younger and nearly blind. Every Sunday, She would drag me to the little white church down the road for Sunday school and the eleven o’clock sermon.
We would sit there in the pew with the dusty dirt floor while the minister delivered his revelation. I would watch her and wonder why she was so attentive. She could not hear a word of the message and could barely see the speaker. Still, she would never miss a Sunday.
In later years, I realized that, somehow, there was a message getting to her. That message gave her strength.
The point that I am driving at is that there is more to health than jogging, taking vitamins, and avoiding fatty foods. There is a spiritual aspect to total health. There has to be a belief in something beyond oneself.
We cannot make it rain so crops will grow. Nevertheless, we must believe that something beyond what we can see or touch exists will make it happen. That is the spiritual aspect of our being in good health.
We can look at the mirror and see a pillow of health. However, inside, we sometimes have thoughts that trouble even us too much to tell a friend or family. The thoughts might be of perceived guilt, a secret, or anything that is personally unacceptable. That is not good health.
There is more to good health than feeding the five senses. As evidenced by the wind. It is unseen but it is there.
A circle goes around and ends where it began. If we dance to the music of an unhealthy lifestyle, eventually, we must pay the band.
Total health can never become a reality by decree, adopted by legislation, a new pill, or a regulation that says that everybody has to take part in this or that sponsored program. Health is an individual effort first. The rest are supplements.